Tecnópolis returns: What is the interactive space of the Ministry of Transport about?

Celebrating its 10 years of history, the emblematic park opens its doors to the public this Saturday, October 2, with the presence of more than 60 organizations.

Within this framework, the Ministry of Transport headed by Alexis Guerrera will have an exclusive pavilion with interactive activities that, through innovative technology, will explain in a didactic and playful way the actions carried out by the portfolio at the national level in all modes of transport. Based on a proposal designed for all ages, visitors will be able to emulate a plane trip, learn about railway history and culture, and reinforce knowledge about road safety.

Technology, Modernization, Gender Perspective and Human Capital are some of the concepts that you will find promoting the importance of all the areas that make up the Ministry of Transportation, incorporating knowledge about public policies that are carried out with a more egalitarian and federal perspective, in a dynamic and interactive way, accompanied by a novel audiovisual staging.

“KNOWING THE MINISTRY OF TRANSPORTATION OF THE NATION”

Upon entering the pavilion of the Ministry of Transport, those who come to this new edition of Tecnópolis will begin the experience with the projection of an explanatory video starring the renowned tik toker Matías Spano, which will summarize the scope of the Ministry through dynamic content.

The road will continue along a corridor in which the Jorge Newbery Airport runway will be recreated, which was lengthened and widened during the pandemic, with its corresponding markings, to increase the operational safety and operational capacity of the airport. This transitional space between room A and B will allow the visitor to simulate that they are walking on an airplane runway, visualizing its characteristic elements.

Then the tour will continue with a virtual experience through a chroma where those who participate will be able to choose different scenarios within the field of transport, and at the end of the tour they will be able to download a photo of the montage to take as a souvenir.

OTHER INTERACTIVE POINTS OF TRANSPORTATION

Prior to entering the stand of the Ministry of Transport, there will be a meeting point organized by the National Road Safety Agency (ANSV) where, based on art, music and entertainment, it will seek to rethink and reflect on practices and behaviors roads in today’s diverse scenario in which cars, pedestrians, motorcycles, skateboards and bicycles coexist.

In addition, among the many attractions of the event, a few meters from the Transportation stand, there will be a Boeing 737 200 aircraft, arranged by Aerolineas Argentinas, so that visitors can use it to experience the sensation of flying through the vibratory movements of the seats and screens placed on the aircraft windows, the pilot’s voice giving the start and a screen in the front recreating images from the perspective of the cockpit, among other effects.

In this sense, it is worth noting that the seats in the rear part of the interior of the plane were removed and in their place boxes of vaccines were placed, to recreate the transport of vaccines against COVID 19 that the company has been carrying out since December 2020, accounting for of the logistical role of Aerolineas in the largest vaccination campaign in the history of our country, in which more than 50 trips were made around the world.

In turn, through the project called “At the foot of the plane”, carried out by Intercargo, the logistics of the equipment used around the plane will be shown, as well as the unloading of vaccines in particular and the handling operation in general.

Finally, Trenes Argentinos Capital Humano will have a stand that offers a visual tour of the interior of a historic presidential car from 1910, which illustrates the way in which presidents moved around different parts of the country. In the sample, the conditions and comforts offered by the train and how public activities were carried out can be evidenced. The exhibition also brings together the first locomotives and the technical details of their construction, performance and capacity, allowing visitors to access it.

Visitors can get their free tickets at www.tecnopolis.gob.ar . This tenth edition of Tecnópolis will run until December 12, on Fridays, Saturdays, Sundays and holidays from 12 a.m. to 8 p.m. 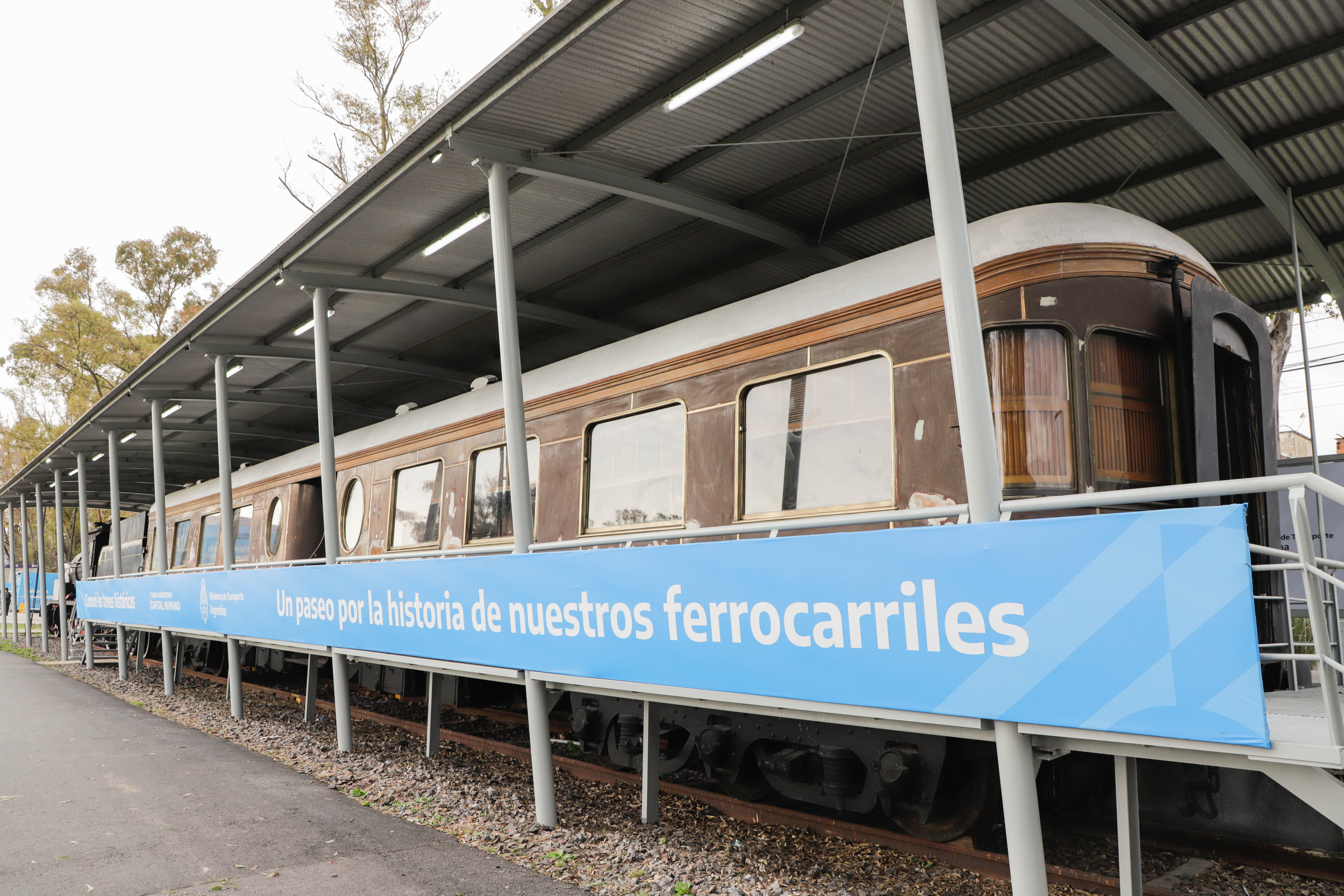 Prev post Soko Lozano is punished by Cadiz after the party and is sidelined from the match against Valencia-Tees
Next post Netflix faces lawsuit over squid game; Will there be a season 2?

Oceanogràfic Foundation joins Science Week with activities for all audiences