There is no doubt that scientific information should be transmitted between scientists through texts reviewed by peers and published in academic journals (if they are in the Q1 range, better than better) so that the whole process transmits confidence, reliability and accuracy.

But How to make some of these conclusions reached in a paper reach the general public? Regardless of the nuance that we introduce in the answer to this question (and that has to do with our meaning of “popularization” and “vulgarization”), the truth is that 400 years ago the first scientists were born who already wanted to make knowledge accessible people (even if it was using some rhetorical and persuasive techniques).

One of the first great popularizers and scientists in history was the German astronomer Johannes kepler (1571-1630), a key figure in the scientific revolution, and known mainly for his laws on the movement of the planets in their orbit around the Sun.

Kepler decided to put on the cover of his book Stella nova (New Star, 1606) the image of a hen pecking the soil of a farm, with the motto (“looking in the manure, finds a grain”), as he was engaged in the work of looking for objective facts, but also in the work of transmitting them: for this reason, he adopted many of the rhetorical techniques that are currently used in the most popular disclosure:

Yesterday, when I was tired of writing and my mind was full of specks of dust from thinking about atoms, he called me to dinner and served me a salad. Whereupon I said, “If we threw the pewter plates, the lettuce leaves, the grains of salt, the drops of oil, vinegar and water, and the glorious eggs into the air, and all these things would remain there for all eternity, So would this salad fall all together by chance? My beauty replied: “But not in this presentation, not in this order). 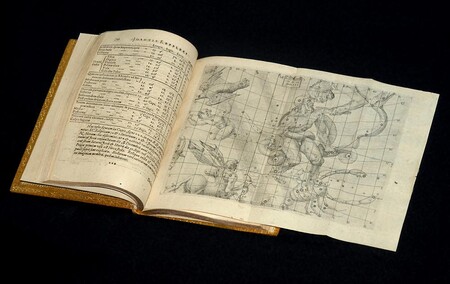 In the 19th century, this type of narrative became the ideal of the historian, but in the 17th century it was not the historian, but the scientist, the one who aspired to this kind of realism and proximity, with Kepler at the head. Kepler was interested in relating this story in order to convince his readers that his measurements were accurate, rather than simply using mathematics or scientific evidence. He was also trying to make the aridity of the data more digestible.

With everything, Kepler still did not use humor, out of laughter (although his wife’s comment exuded a certain irony) in order to prevent rigor from turning into rigor mortis. Something in which other great popularizers would later rule out, and even groups of comedians such as the Monty Python (and countless other people connected in one way or another with their members, as you can see in the following video):

So it no longer seems so singular that Kepler’s Moon Astronomy, or John’s Dream, (The Dream or Astronomy of the Moon by Johannes Kepler) was a fictional novel written in Latin Kepler in 1608, considered by many to be the first science fiction work in history, although both its title and elements of its plot coincide with those of a 1532 work by the Spanish humanist Juan Maldonado.

READ  Samsung, ASUS, and other brands offer excellent external displays for the HP Elite Folio.
Prev post Joachim Low will no longer travel with Germany, and Mansoft candidates will start appearing - Ten
Next post Were Selena and Ricky Martin anything else? That look ?; Tests here: Video

Mediocre our Latin America in Tokyo; Are we really going to space?