Epidemic control workers in protective suits prepare to enter an apartment complex during the outbreak of COVID-19 in Beijing, China. November 12, 2022. REUTERS/Thomas Peter

Health officials today identified 14,409 asymptomatic cases, 14,325 of which were attributed to the local epidemic, although Beijing does not count them as confirmed cases unless they show symptoms.

The total number of such infections under surveillance is 92,639, of which 1,036 are from other territories.

The remaining 47 symptomatic cases were detected among travelers at various points of entry into the country from abroad.

China, which applies a strict “zero tolerance” policy to the new coronavirus, has been hit by a wave of transmission in recent months, which caused a number of infections not seen since the start of the pandemic in the first half due to the omicron variant. 2020.

The National Health Commission also reported that as of last midnight local time (4:00 p.m. Sunday), 580 patients have been discharged after successfully recovering from Covid-19. 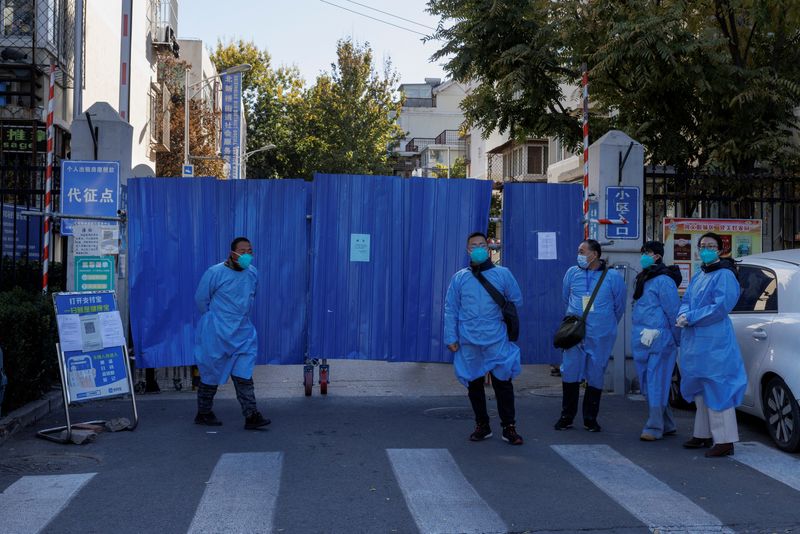 Health workers stand outside the entrance of a residential complex that has been locked down as the spread of the coronavirus disease (COVID-19) continues in Beijing, Nov. 7, 2022. REUTERS/Thomas Peter

In Beijing, many schools returned to online classes, hospitals restricted their services, some shops and restaurants closed and their staff quarantined.. Videos posted on social media showed people protesting or clashing with police and health workers in some areas.

“It has become as normal as eating and sleeping,” said Yang Zheng, a 39-year-old food service worker. “I think it has a greater impact on children because they have to go to school.”

The need to test every 24 to 48 hours is “annoying,” said Ying Yiyang, who works in marketing.

“My life doesn’t compare to what it was three years ago,” Ying added. Visiting families outside Beijing can be complicated, he explained, unless the phone app that nearly all Chinese people have to show turns green for a trip back to the capital.

Many towns on the outskirts of Beijing, home to workers who keep the city running, were on lockdown. Many people live in social housing, and taxi and ride-share drivers now say they avoid being isolated.

Quarantine in Guangzhou was supposed to end on Sunday elsewhere, but authorities have repeatedly extended the measures without explanation. 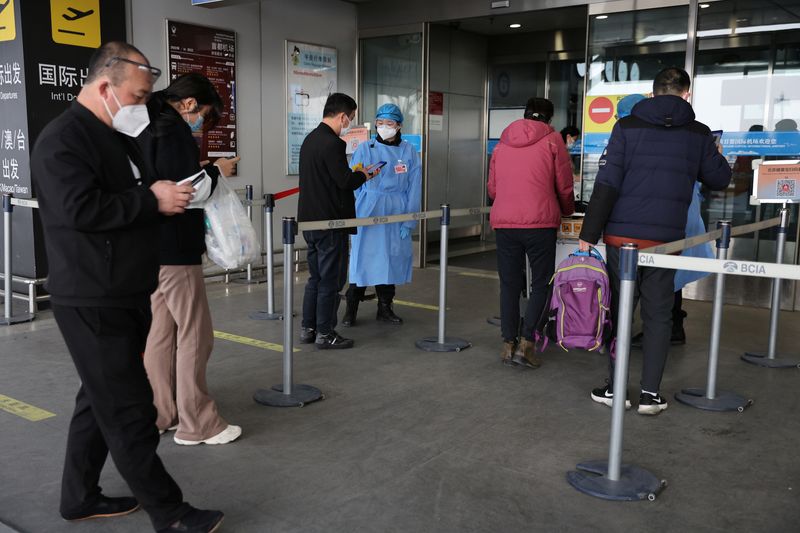 The total number of active cases with symptoms in mainland China is 13,389Of these, 22 were serious.

According to the company’s accounts, 273,762 people have been infected and 5,226 have died in the country since the pandemic began, although the total number of infected excludes those who are asymptomatic.

To date, clinical follow-up has been carried out on more than 9 million close contacts of the infected, of whom 893,326 are still under surveillance.

The “zero Covid” protocol has kept China’s infection rate relatively low, but has had economic consequences and disrupted daily life by closing schools, factories and shops or isolating neighborhoods without warning.

In view of the new developments in the cases, And many areas are closing businesses and restricting movement. To enter office buildings, shopping malls or other public places, people must show a negative test result at least once a day.

As economic growth weakened again after rebounding to 3.9% from a year earlier in the quarter ended September, experts have forecast bolder moves to reopen the country, whose borders remain largely intact.

The Chinese regime has reiterated that it will not relax its zero COVID policy
The Chinese government ordered Disneyland Shanghai to close indefinitely due to a resurgence of COVID-19
Workers assembling iPhones in China walk out of factory to escape Covid lockdown
Prev post Miss Colombia 2022: Atlantico wins national beauty pageant - Entertainment - Culture
Next post Jesús Ferreira, Luis Fernando Suárez and other Colombians at the 2022 Qatar World Cup | Qatar World Cup