Various people took part in the march, known as “a bigot in democracy”, in which they protested against the government Pedro Castillo, Cabinet of Guido Belido and Secretary-General of Peru Liber, Vladimir Seron.

See: The BNP response to the intervention in the trilogy does not resolve doubts

The demonstration began at 3 p.m.

Citizens marched outside the Joint Command Headquarters with banners, megaphones and horns. Armed Forces (Santa Beatrice) Then they went to the Directorate of Counter-Terrorism (Dircode) in Lima.

They were also formerly in the Directorate of Criminal Investigation (Trincomalee).

For several hours, Avenida Espana was closed for vehicular traffic, however, there was free access to the metropolitan service, as did public and private transport such as Avenida Alfonso Ugarde and Wilson.

Similarly, in some provinces, such as Trujillo and Chiclayo (Saturday 14), there were protests against the Pedro Castillo government. 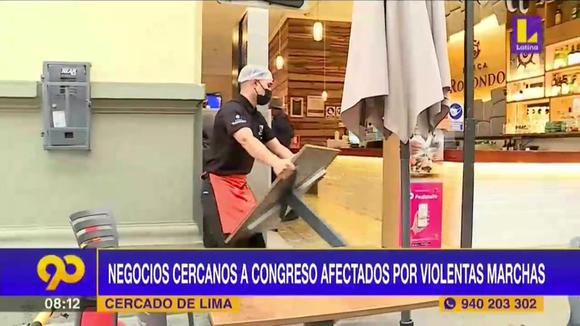 Merchants have expressed outrage at the impact of violent protests in Lima. Owners of the premises say customers are afraid to be injured by the strike. (Sources: Latin TV)