The year was 1983 and Dr. Yamina was a teenager who was very worried about everything that was happening in the country because of El Niño. This fact was a sign of his life and the beginning of his career. He decided to study meteorology at the Russian State Hydrometeorological University thanks to a scholarship from the then INABEC program. There she became an expert in climatic fluctuations and did not stop until she became one of the most important scientists in our country.

In total, he had studied for 13 years Between bachelor’s, master’s and doctoral degrees. In that very remote and very cold country, the first thing I learned was the language and I was surprised that there are more women from different countries in the world studying meteorology, which did not happen in the oceanography profession where the majority were men.

all the time It was intended for The study of physical processes and atmospheric dynamics using weather and radar models to understand the causes of climate variability and extreme weather events.

“In my Ph.D. I focused on understanding the rains associated with El Niño. That’s why when I returned to Peru, in 1998, I was interested in working on a project implemented by the Peruvian Institute of Geophysical (IGP),” Associated with a mathematical model to predict rainfall related to this phenomenon. I came for three months and stayed over 20 years as a researcher at the institution.” Silva’s right.

He shared everything he learned abroad with young researchers and also with experts on the subject, just when the country needed it most, when the wrath of nature hit the Peruvians hard. He still remembered the tragic news of 1998 and then thought: I was trained as a scientist and I have to do something for my country. Thanks to this project, it was possible to take measures and work with other institutions to reduce the impact of this climatic phenomenon. 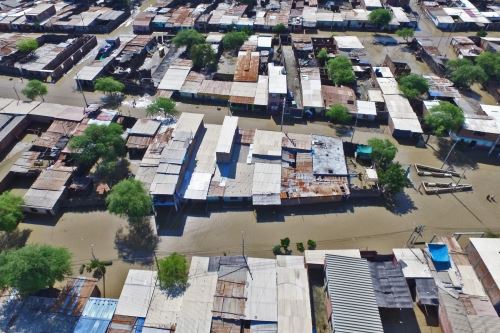 For many years, Dr. Silva’s right too He devoted himself to studying climatic fluctuations in the Peruvian Andes, with a focus on the Mantaro Basin. He focused on that place because of its importance, a large part of the food comes from there and supplies the city of Lima and its surroundings. Since 2003, in collaboration with other researchers, he has developed several projects to understand this climate variability and how it will be affected by climate change.

We are interested in being able to understand climate dynamics and how they affect different populations and economic activities. One of our conclusions is that the rainy season in the Central Andes is getting shorter, We have fewer and fewer rainy days and this means, for example, that some potato varieties need more time to produce, and this affects agriculture and livestock as well, explains the researcher at the IGP.

Her time at the National Research Institute for Glacier and Mountain Ecosystems (INAIGEM) also allowed her to understand Dr. Silva. How climate changes affect the melting of glaciers And how human activities are accelerating this process.

“For example, we now see that glaciers are covered with a dark layer called soot, which we call black carbon, which is caused by combustion, that is, burning by farmers or forest fires. All these particles travel through the atmosphere and settle on the surface of the glaciers, forming That dark layer that absorbs solar radiation and causes it to heat up, and this process accelerates melting,” the scientist explained with concern.

See also  From space, astronauts capture the most impressive faces of the moon 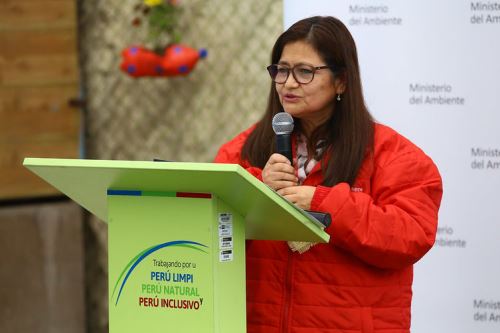 From her current position as Deputy Minister of Strategic Development for Natural Resources at the Ministry of Environment, she has worked to develop a series of measures to mitigate the effects of climate change. Peru committed to reducing greenhouse gas emissions by 40% by 2030a very strong climate ambition that needs the efforts of everyone to be able to achieve it.

The climate has always been varied, but now it is more extreme. Droughts become longer, degrading forests and ecosystems. We must be aware of what we are going through. from the Ministry of Environment Mitigation measures have already been identified and work is in progress with various sectors To face the problem together. With every passing day we produce greenhouse gases, through mobilization for example, it is important to think about our positions and what we are doing in the face of this global issue”, emphasizes the Deputy Minister.

Scientists at the book fair

Yamina Silva participated with Dr. Peru: 24 Stories to Discover”, which seeks to appreciate the efforts of twenty-four professionals who overcame two stigmas: being a woman and pursuing a scientific career.

“We want more young people to be interested in science, through our experience we will tell them how much we care about science, what the world is doing, and it is important that they know how we started and how we developed in this field. We need to Peru is developing more science to transform our natural products and to achieve greater value“, finish.

See also  What are the most common symptoms of infection with the British strain of coronavirus? Study

On July 26 at 11:00 a.m. in the José María Arguedas Hall at the Lima International Book Fair, Peruvian scientists Yamina Silva and Lucero Cahuana will tell about their work in science as well as their motivations for choosing your profession.

Check out more news about science, technology and innovation at Agencia Andina and hear more inspiring stories in the Andina Podcast.

Prev post Messi is coming! Barca are already in talks to sign Leo back.
Next post They discover Shakira's true fortune and the millionaire houses she hid to evade taxes.

Clean and save space on your mobile phone with Amaze

Rendueles: “Sumar is the best place to reverse layoffs”