With more space for bicycles and pedestrians, the Sustainable Mobility Week was held – Télam

A day to enjoy with the family and raise awareness about the ways of getting around (Photo: Maximiliano Luna).

A stretch of two kilometers from Figueroa Alcorta avenuewas closed to traffic from 10 this Sunday to create spaces for pedestrians and cyclists in an event in which there will be an exhibition of groups and bicycles and electric skateboards and logistics vehicles will be able to be tested, within the framework of the Sustainable Mobility Week, informed the Government of the port.

The event, called Calles de Domingo, “consists of generating a space for enjoyment and play in the open air, in which various activities can be carried out,” indicated the Ministry of Transportation and Public Works, while recommending “not to circulate by car in the area “.

For this activity, a section of Figueroa Alcorta avenue will be cut from Dorrego avenue to Alsina, between 10 a.m. and 6 p.m.

In dialogue with Tlam, the Undersecretary of Mobility Planning, Lucila Capelli, highlighted that there were “Hundreds of people, many cyclists and many families”.

“Many people came to the activities for children and also to the exhibition of low-emission vehicles”, bill.

He stressed that “what I liked the most was the exhibition of old bondis”, while “the star for the people were the electric vehicles, the pedaling bikes and the skateboards ”.

In addition, he stressed that “the cut worked very well since it allowed to generate an extension of the park and that there is greater use of the green space that is usually on the avenue,we want to repeat it”, Said the official.

See also  Neighbors oppose the removal of a green space 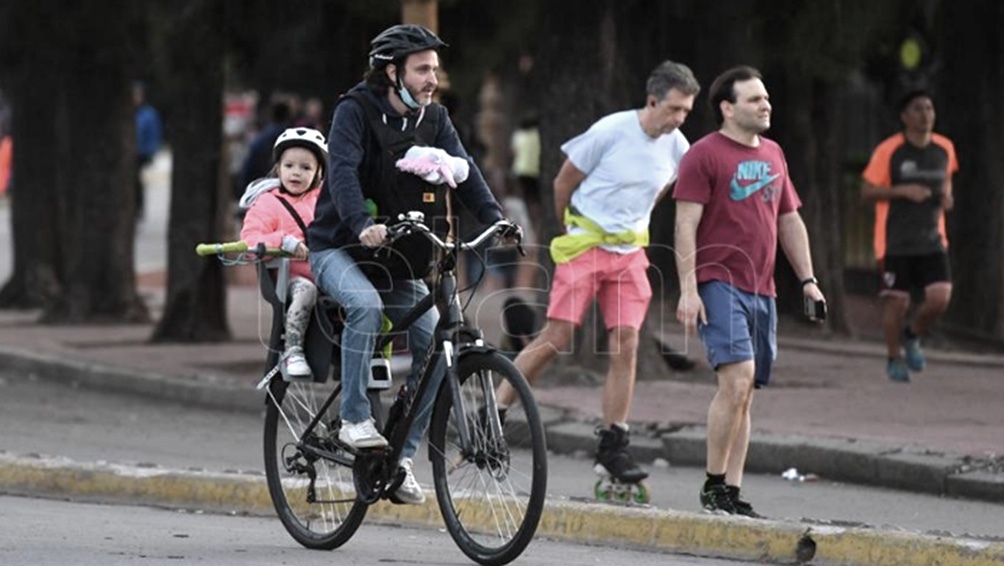 The “Calles de Domingo” event consists of creating a space for enjoyment and play in the open air. (Photo Maximiliano Luna)

The diversions of private vehicles went from Dorrego to Lugones, and through Dorrego to Del Libertador.

Among other activities there was a exhibition of old collectives and a group of Line 60 powered by CNG, and they could be tested micromobility alternatives as sustainable vehicles for product delivery and logistics tasks in cities, as well as bikes and electric scooters.

Also, in the Sweden space, the Embassy of that country together with Swedish companies that work in Argentina showed a truck and a bus powered by Scania CNG; Ericsson’s 5G technology; charging technology for electric cars from Volvo and ABB.

Finally, the “Leave your wheels” program was present so that the youngest could go pedaling without help or incorporate new knowledge of road safety.

Bosque La Esperanza, a space created in honor of the people who died of covid-19