Marvel’s planned spinoff “Loki” may appear to be an odd pick for a spinoff on the surface. Loki did, after all, die in “Avengers: Endgame.” But this project — which follows an alternate version of Loki who fled from the 2012 Battle of New York, as seen in “Endgame” — could be the best Marvel project to date, offering us an entire story of the god of mischief that takes us down a path that is genuinely insane.

“WandaVision” and “The Falcon and the Winter Soldier” were the first two Disney+ Marvel series, and “Loki” is the third. After seeing the first two episodes of “Loki,” I can say that it’s more like “WandaVision” than “TFATWS,” although it contains characteristics of both. It’s a mystery show about parallel worlds, timelines, and strange magic, but it’s also about alternate realities, timelines, and weird magic.

And, perhaps most crucially, it sets the stage for the MCU’s next chapter. Alternate timelines, cosmic worlds, magical adversaries, and general craziness abound. It’s also far superior to “WandaVision” and “TFATWS.” It takes off from the first minute and never lets up. It contains all of the jokes, wit, and excitement that you’d expect from a Marvel show.

My thoughts on the first two episodes are below. Please be aware that there are a few minor spoilers below.

Loki arrives in Mongolia after collecting the Tesseract during the Battle of New York, a moment that was first shown in “Avengers: Endgame.”

However, Loki, ever the charmer, talks himself out of destruction and finds a means to remain within the TVA. He teams up with Agent Morbius (Owen Wilson) to track down another version killing TVA officers by traveling across time. Oh, and that variety is… Loki in a different form.

From the start, the show is hilarious. The chemistry between Loki and Morbius is palpable on screen. It’s also really relaxing. Sure, the plot is strange and bizarre, but it isn’t as severe or tedious as it could be. You don’t mind spending 50 minutes listening to Loki and Morbius discuss Loki’s past. The mention of timelines and multiverses isn’t overpowering or intrusive. 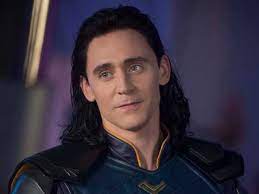 The first episode reviews the Marvel Cinematic Universe and Loki’s tale, which is ideal for novice viewers who don’t want to see the complete MCU collection. It does, however, set up a fascinating path forward, one from which you will not want to stray.

You’ll be asking for the second episode by the conclusion of the first one. Marvel shows no signs of exhaustion. Nothing is overdone or worn out. It’s a new experience for me. And that’s precisely what we’re looking for with Marvel’s third project of the year.