The Government of Romania has sent to the Romanian Parliament, for its expeditious adoption, a bill to realize the “capacity to combat surface ships” related to the endowment program “System of Mobile Anti-Ship Missile Launch Systems (SIML)”. The program mainly refers to Raytheon NSM mobile installations and anti-ship missiles, and the contract will be executed for approximately € 268 million by the US government.

“The text of the bill states that in order to achieve this capacity, the Romanian government should award Letter of Offer and Acceptance (LOA) contracts to the US government for Foreign Military Sales – FMS program,” MApN reports.

The portable anti-ship missile launch system to be purchased includes, but is not limited to:

The costs of the moratorium program “a mobile anti-ship missile launch system”, in the configuration included in the bill to be submitted to Parliament, are estimated at $ 286 million, excluding value-added tax, and the exact value will be determined after the acquisition procedure, notes the Ministry of National Defense.

The endowment target is set to be achieved by 2024.

The system to be purchased will depend on the anti-ship missile NSM Naval Strike Missile Produced by the Norwegian company Kongsberg, but also offered for export by the Americans from Raytheon, a company that developed the Patriot system that Romania just bought from the USA.

After the law was adopted by the Romanian Parliament, a stage of discussions and negotiations of a technical-economic nature followed, to determine the final configuration of the system and the acquisition, but also options for implementation, through technological and industrial cooperation of the production capacity and the realization of the maintenance that constituted at the level of the Roman economic operator, which It will be a strategic capability, as defined in Law No. 232/2016 (Article 5, Letter B), “the Ministry of National Defense notes.

By realizing this capability, the Romanian Navy will have a new, modern, tested, functional and interoperable anti-ship missile launcher system within NATO that adapts to the current tasks, along with training in the combat use of the system and the constant updating of the system specific databases SIML, which constitute An essential need that must be met as soon as possible, the ministry claims

“Taking into account the system’s lifespan of approximately 20 years, which can be extended later through successive modernization processes, the Romanian Navy is provided with the necessary operational certainty and training for the adequate completion of specific missions in the medium and long term,” according to MApN.

“SIML is a military product designed to protect coastal and coastal areas from threats from surface ships, with the ability to cooperate with ships, aircraft, special and allied equipment, using the data provided by them and vice versa, using data link systems. Protected communication channels to carry out a missile attack against ships.” As the army indicates.

Naval Strike Missile (NSM) It is one of the most modern anti-ship missiles in the world and also has ground attack capabilities. The missile has a diameter of about 185 km and was developed by the Norwegian company Kongsberg.

The NSM is a smaller missile with a lighter combat warhead (125 kg) than other competing missiles, which relies on an infrared sensor to identify and direct the target, not its own radar, which makes it difficult for the enemy to detect it. Therefore, the missile was classified as “infiltration”.

On the other hand, the lack of a radar and the use of an infrared sensor could be a problem in various weather conditions, although Kongsberg says the missile “works in all weather”.

Poland acquired NSM in 2008 specifically for an anti-ship defense system on the coast, and it was selected in 2018 by the USA to equip LCS ships (Litoral fighting ship).

NSM will also be part of the navy in Germany and Malaysia. 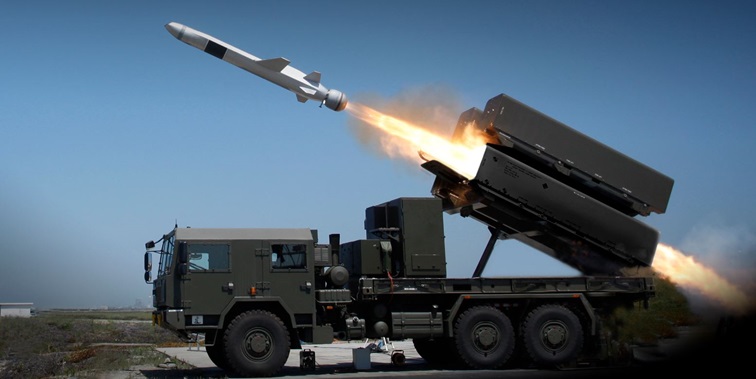 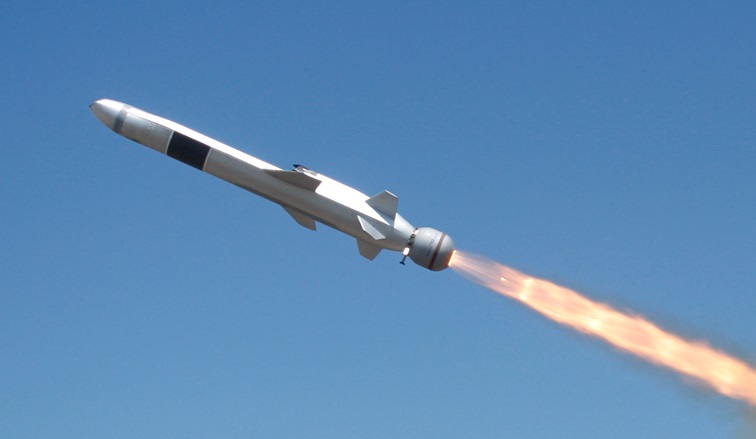