Why did David Beckham choose to play for the LA Galaxy?

There is no doubt that David Beckham is one of the most influential players of all time at the different clubs he has played with.

From his early beginnings at Manchester United, it was always seen that David Beckham had great prowess with the ball becoming known from the early 90s until his retirement from football in 2013, which marked one of the most successful football careers in history.

Not only has he been a star in the field, but he has also been a star outside it, becoming known for his great ability to do business, be the image of many brands and also venture into the world of fashion.

David Beckham managed to leave without a doubt an indelible mark worldwide in several teams in Europe, such as Manchester United, where he lived his best moment, playing 394 games and scoring 85 goals, where he also gave 126 assists.

With Manchester United he was crowned champion in 12 opportunities and then went to Real Madrid, where he also won two cups, scored 20 goals and gave 52 assists in 159 games, making it clear that he is and was one of the best players in the history of this Spanish club.  Keep reading to find more news about the MLS.

In 2007 and after leaving Real Madrid, the career of the then midfielder took an unexpected turn when he decided to accept the challenge of playing in Los Angeles Galaxy, a team of Major League Soccer that still did not have as many stars as today.

This transfer generated a great deal of controversy. It is believed that this decision responds more to lucrative than strictly sports purposes, since Beckham would be aware of his future physical decline and would like to squeeze the most out of his advertising potential in the United States market.

Although this controversy was generated, the player clarified that he was joining LA Galaxy since he saw the great potential that could arise from MLS, a league that, according to him, had a lot to offer footballistically. 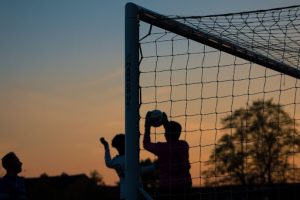 His signing became real on January 11, 2007, which cost $250 million dollars for five seasons.

He became the first franchise player in the history of MLS and also gave the club an increase in the number of subscribers, with a thousand new members, all this within just four hours of having announced his transfer to the Los Angeles Galaxy.

“Becks” was part of one of the best generations that the LA Galaxy team had in its history, headed by himself and along with players such as Landon Donovan or Robbie Keane, they were consecrated two-time champions of American soccer between 2011 and 2012, after defeating Houston Dynamo in two consecutive editions of Major League Soccer.

David Beckham was linked with the American club for 6 seasons, in which he played a total of 124 games, scored 20 goals and gave 42 assists; in addition, he put Los Angeles team into another media level, since, to date, he is the player with the most shirts sold in the history of Major League Soccer.

In November 2009, he made his return to AC Milan official, on loan until the end of the season in January 2010. The objective of this new transfer was to prepare to play the 2010 World Cup.

His transfer to AC Milan again generated another controversy in his environment since the American fans and Landon Donovan accused and criticized the English soccer player for lack of commitment and professionalism with the Los Angeles Galaxy and his departure from the American team.

On January 31, 2013, his signing for Paris Saint-Germain became official, which was the last club in which he played until his retirement from the field. But still, and with his days in football coming to the end, he managed to win Ligue 1 with the Parisian team.