Us Recap: Douglas Struggle to Connect with his Family Hope to tour is makes more connection

The vocation can change everything in your life and the people are always instructed to spend more time with your family members. It will change everything as you wish. Let’s talk about our masterpiece Us recap story as follows. In recent days, Douglas had some struggles to connect with their local son because his family is presented with problems. Douglas and Connie are maintaining their relationship for twenty-four years but still, they are not present in happiness. Yes, both had some misunderstanding so, his wife Cannie is applied to the divorce. She dislikes her husband Douglas and she just needs or wants something new. The couple is also talking about the night times. At that time, Douglas is trying to understand how Connie attempts to articulate her feelings. His wife always wants something new. And their cute son is named Albie and he is also off to university. 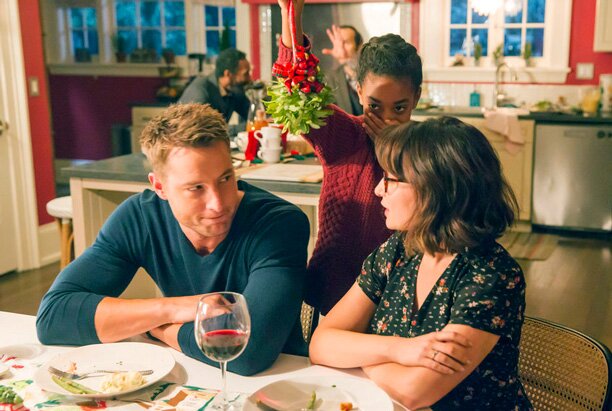 One upon the night their conversion is going on for a long time and both are involved in deeper conversations. Then they are trying to sleep. But at that time, their doorbell was ranking and the grocery delivery came now. Douglas has had more irritation for the delivery and Connie is broken the grocery by her more anger. After the incident, Douglas gathered the broken things and dumped them away from the room. Then he goes for his car then sits and cries more in his car.

When he came to his home, his wife said that she is planning to go on the big Europe tour for three weeks. Their son Albie’s sake but Douglas refuses the tour plan. After a long conversation, they are ready to go on the tour. During the tour time, Douglas put an interest in photography. And many more incidents occurred during the tour time. They make the electric ride happily and then end up having sex. The next day, Albie meets his close friend the next morning and they also see the free-spirited girl Kat who is wandering around the European country. He tries to make a deep bond with Albie and she might leave them but our Albie was embarrassed at the time.

The tour makes more difference and it increases the bonding with their family members. After many days, they make the conversation at breakfast. There is one and the only woman who strikes the conversation but he is cut off from the conversation to search for their Albie. He shows the photos of his son for buckers and other people on street. Yes, their son was missing. And then one lady is named Freja which gives them hope and plans to find their child. In the evening, he talked to her mother about his blistered feet. They make the combination to find her child and he has had more determination for finding their son Albie. Douglas had the most fear of his son surviving as the photographer and wanted to be more practical for a career. They are analyzed it is the mistake to believe that he was special to us.

Prev post What Can Anyone See That In the Night Sky In The Week that? Mars, Saturn, And A ‘Super Summer Strawberry Moon' Sparkle In The Twilight
Next post Mick Foley Shares the Experience About World Cup Soccer Games with Steve Austin