The Cuban dictator is traveling on a plane from the Venezuelan state of Conviaza on his tour of Algeria, Russia, Turkey and China.

Shortly before leaving Havana, Díaz-Canel announced on his Twitter account @DiazCanelB that he had undertaken. A tour that takes you to four countries: Algeria, Russia, Turkey and China“In response to official invitations issued by the heads of those countries.”

Official images of Cuban television, for these international transfers, Díaz-Canel and his team use a Conviasa plane, a US-sanctioned Venezuelan airline. about this Airbus YV3535Chavista’s purchase by the regime from Iranian airline Mahan Air was approved by the US Office of Foreign Assets Control.

Venezuelan airline Conviasa sanctioned by the US government (file image)

The Cuban dictator will meet Russian President Vladimir Putin in Moscow next week, a Russian news agency reported on Wednesday. EstuaryQuoting the ambassador of the island.

Díaz-Canel added that the tour will seek alternatives to essential problems “essentially related to the energy sector.” Strengthen its outdated power grid.

On Tuesday, the seventh floating power station was leased to the company Karadenis Holding, Based in Turkey, its mission is to provide additional megawatts to the national electricity system.

Power problems on the Caribbean island can cause annoying daily blackouts, one of the most painful symptoms. Financial crisis US sanctions are deepening due to the Covid-19 pandemic and inefficiency in economic management, among other reasons. 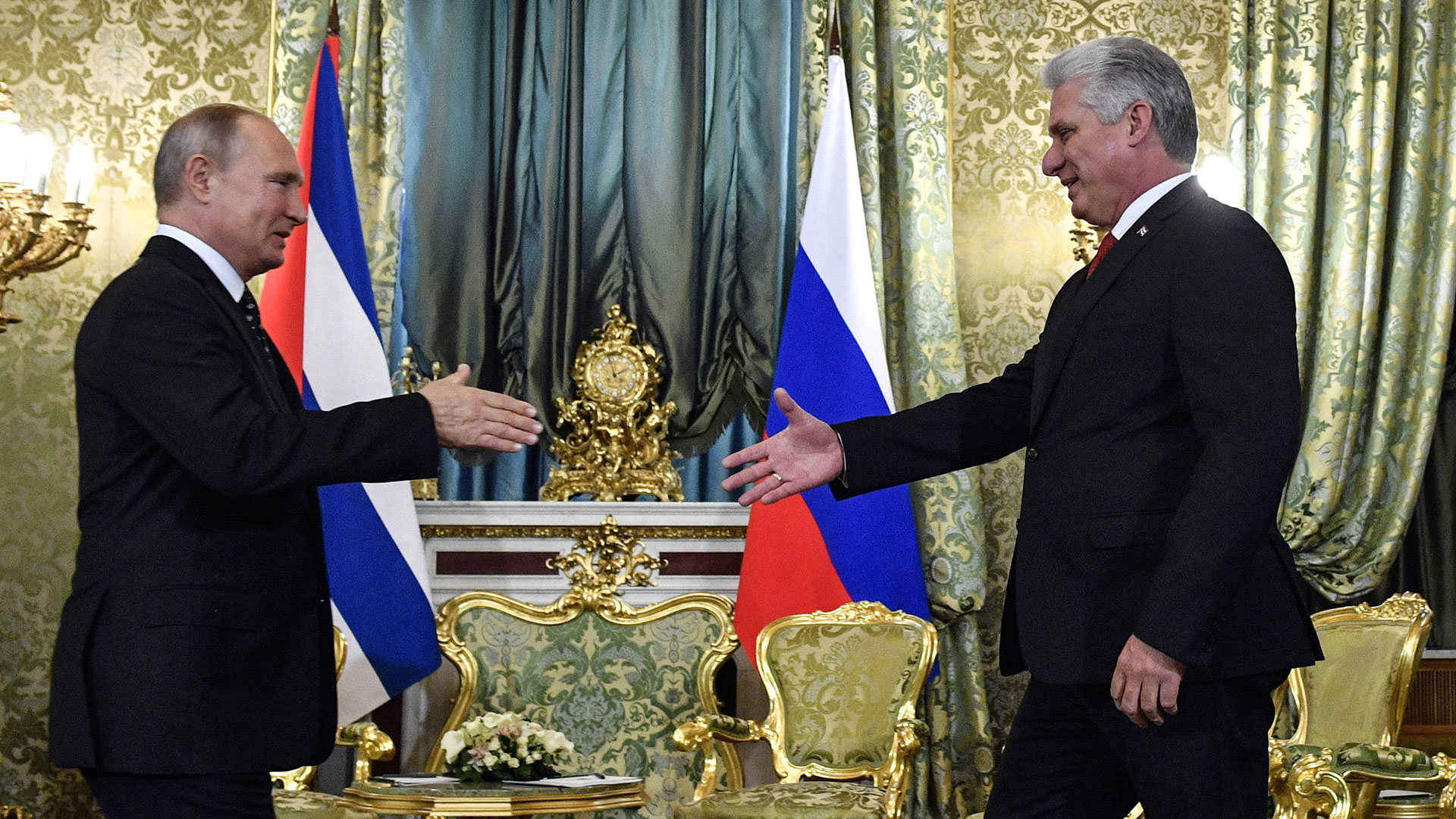 FILE PHOTO: Putin greets Diaz Kanel upon his arrival at the Kremlin in 2018 (AFP)

For his part, Kremlin spokesman Dmitry Peskov has confirmed the visit of Diaz-Canel, a representative of a country that is a “very important partner” for Russia. “There’s a lot to talk about.”

Likewise, Díaz-Canel will take part next Tuesday in the unveiling of a monument to Fidel Castro to be erected in the square named after him in the capital’s Sokol district, the Cuban embassy in Moscow announced.

Díaz-Canel’s last visit to Russia took place in October 2019. In the following years, Putin and Díaz-Canel spoke on the phone on several occasions and reaffirmed plans to intensify cooperation between Moscow and Havana. The Cuban leader expressed his gratitude to Putin for Russian help to fight the coronavirus in those phone calls.

This Wednesday, the Russian Senate once again condemned the US embargo on Cuba and demanded its lifting. According to the resolution approved by the legislators, the blockade of the island is “a formal violation of the norms of international law, which is contemplated in the UN Charter and is a challenge to the entire system of international relations.”

(With information from EFE, EuropaPress and Reuters)