The Chinese regime demanded that Alibaba eliminate its media

The Chinese regime has asked Internet giant Alibaba to sell its media assets, uncomfortable with the influence wielded by the group founded by Jack Ma.The Wall Street Journal reported Monday.

The billionaire, who officially retired from Alibaba in 2019 but is still a large shareholder, has been in the crosshairs of his country’s authorities for several months.

Chinese regulators in November halted a massive $ 34 billion initial public offering of Ant Group, a subsidiary of Alibaba’s online payments company.. A month later, the organizers opened an investigation into Alibaba’s business practices, which it was deemed monopolistic.

Now authorities are urging Alibaba to drastically reduce its media involvement, according to the US newspaper, which did not cite sources.

It also did not specify whether Alibaba should withdraw completely from the media. Or assign part of their shares. 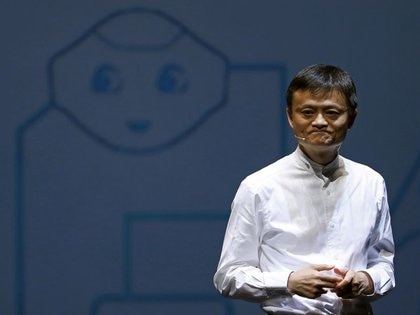 Jack Ma, founder and CEO of China’s Alibaba Group, speaks in front of a photo of the SoftBank robot named “Pepper” during a press conference in Chiba, Japan, June 18, 2015. REUTERS / Yuya Shino /

That could exceed the $ 975 million paid in 2015 by US microchip maker Qualcomm, the largest antitrust fine Beijing has ever imposed.

According to the newspaper, The authorities accuse Alibaba of forcing it to grant exclusivity to businessmen who sell on their websitesAnd refrain from marketing the products or services on other similar platforms.

in March , It is learned that Alibaba may get a record fine in China for its anti-competitive practices.

The fine could exceed the $ 975 million (€ 815 million) paid in 2015 by US chip maker Qualcomm, the largest antitrust fine Beijing has imposed so far, according to the Business Daily.

With information from Agence France-Presse

The hidden reason for the Chinese regime’s harassment of Jack Ma and Alibaba
Prev post Mia Khalifa shows off her only fans in mini dresses
Next post Video: The Attorney General's Office inspects the assembly facilities to investigate ghost squares

Applications for unemployment assistance are located in the United States

From Entrepreneur to Actor: Emilio Azcárraga Jean, President of Grupo Televisa, Will Do Comedy Show | Algebraic