This is the final RAW before the annual Hell In A Cell PPV, and Drew McIntyre faces AJ Styles in a tremendous warm-up bout. The All-Mighty WWE Champion may get involved in this one. RK-Bro will be in action as well, as they take on The New Day in their developing rivalry.

Alexa Bliss mentally tortured Shayna Baszler to finish the programme last week, and we can expect her to return tonight to haunt the Queen of Spades. Of course, the most critical component of tonight’s programme will be the reappearance of Eva Marie. The red-headed diva was with WWE RAW from 2013 to 2017, and she returns triumphantly tonight in the main event, which we can only presume will be the main event.

That concludes the RAW preview for tonight. Our live coverage will begin right now at 8 p.m. Let us know if you’re looking forward to any of it, and don’t forget to refresh the page and enjoy the show! We’re in Alexa’s Playground as the concert starts. She laughs as she recalls what happened last week with Shayna Baszler. Lilly has been placed on indefinite hold due to what happened and the fact that WWE is returning to the road. Bliss asks Nia Jax how Baszler is doing. Nia claims that Shayna will see her on Sunday and that it’s past time for her to end the bullshit.

As we enter the Thunderdome, the announcers announce that Drew McIntyre will meet AJ Styles tonight on RAW, Rhea Ripley will face Asuka, and The New Day will face The New Day. We witness footage of Nikki Cross’s recent confrontations with Ripley and Charlotte as she enters the ring. Rhea is a strong competitor, and Flair thinks they’ll have the match of the night on Sunday when they’re interviewed backstage.

They lock up, Charlotte throws Cross down, and Rhea Ripley emerges. Cross rolls Charlotte up while she is preoccupied, but the Queen kicks her out. Charlotte knocks Cross out of the ring after whipping her into the corner. Charlotte exits the ring and knocks Nikki into the barricade before turning around and kicking Cross in the chest. Flair manages to entice her back inside, but her focus is diverted elsewhere. 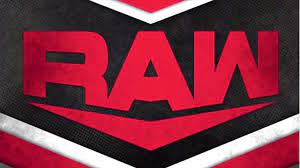 Charlotte crushes Cross down with a submission, and Ripley is now seated at ringside. Cross fights back and scores a two-count with a tilt-a-whirl cradle. Cross is choked on the middle rope by Charlotte, who cuts her in the corner. Flair places Cross on the top rope, but she is punched backwards, and Nikki grabs her for a tornado DDT, which sends Charlotte outside.

Cross makes his way to the apron and dives at Charlotte but is caught. Before hitting a fallaway slam, Charlotte kisses Rhea. Charlotte stands at ringside, arms outstretched, staring at Ripley, oblivious that the referee’s count is increasing. Flair doesn’t realise Cross has rolled inside until the referee rings the bell!

Prev post Canello reveals his life values ​​to Matthew McConaughey
Next post ALEXA BLISS' DOLL LILLY APPEARS TO HAVE BEEN WRITTEN OUT OF THE WWE RAW STORYLINE.