How the Rembrandts’ Song from ‘Friends’ Became the Most Iconic T.V. Theme of the 1990s and Beyond

The Rembrandts were putting last little details on their third collection, “L.P.,” when an avoid into T.V. adjusted their direction in 1994. Presently, a long time since “I’ll Be There for You” appeared on “Companions,” musician Phil Solem is pondering the high points and low points brought about by the track, how a couple of lagers prompted its notorious applauds and seeing Brad Pitt appreciate an exhibition of the hit more than the cast.

Solem and band mate Danny Wilde, who recently hit with 1990’s “Simply the Way It Is, Baby,” will everlastingly be related to “Companions.” Yet, they first requested to stay unknown, chipping away at the tune after survey the pilot.

“Back then, it was lame for a band like our own to be associated with T.V.,” Solem clarifies. 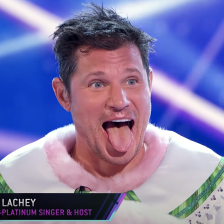 Michael Skloff, the melodic director, had composed a piano piece, while Marta Kauffman and David Crane, as well as the late musician Allee Willis, had began verses. Friends Song Became the Most Iconic

Willis kept faxing through verses, which Solem changed. I think it was ‘It’s the End of the World’ – to flow off; at that point, we supplanted it with our sound.”

Solem was dazed when “Companions” exploded, taking the tune soaring with it. Before long, a Nashville station began playing the 42-second track circled to fulfill audience need.

Seeing dollar signs, the Rembrandts were asked to broaden the track into a full melody for “L.P.” “We were making a dim, heavier stone collection — the direct opposite of ‘Companions’ — so we were disturbed about that,” Solem says.

“They’d effectively made 100,000 duplicates. I don’t recollect whether they reviewed them or they wound up in a dustbin. However, everything was reconfigured to oblige this melody.”

The pair finished the tune, yet Warner Bros. felt it wasn’t adequately cheerful and taken Crane and Kauffman back to help compose the final form, which was labeled onto “L.P.” “Like a secret track.”

The tune beat out all competitors around the world, and “L.P.” went platinum. “It went farther than we at any point envisioned,” Solem says.

Nor did Solem envision the melody’s famous applauds, noting that he and Wilde at first had verses at the top of the priority list. “Unfortunately, we’d pounded a few lagers, was going loopy, so decided to finish the very next day.”

The next evening, they played us what we’d done; however, they had added applauds. I went, ‘Alright. That is the snare!'”