Defence the best form of attack for Browns this season

“Cleveland Browns” by cleveland.com is licensed under CC BY 3.0

It has been many years since Cleveland Browns fans have had any reason to celebrate success. Too many in the eyes of many loyal to the team playing out of the FirstEnergy Stadium in Ohio.

Browns did give followers reason to believe they are heading in the right direction following last season’s efforts. They made the playoffs in 2020, despite the upheaval brought about by the coronavirus outbreak. That was the club’s 29th playoff appearance and the first since 2002. Head coach Kevin Stefanski is now focused on ensuring his men build on that effort and extend their season again in 2021.

Will they achieve it? Pre-season is a time for football fans to dream, hoping this is the year their club finally lives up to expectations. It’s also a time for bettors to profit from their love of the sport by backing their predictions and getting the best odds at mytopsportsbooks.com. There they’ll find odds on the coming NFL season as well as how the Browns will perform.

New faces must gel and quick

2020 was a huge improvement for Cleveland, and everyone connected to the club hopes it’s a sign of things to come. The coaching staff and players enter this season in high spirits, but they must also learn a few lessons from the previous campaign. The backroom staff have put in place a new-look defence, and the team could have up to nine new defence-minded players in place when this year’s season kicks off.

That, more any team, is a massive overhaul. It’s also a huge gamble. Yes, it was needed and tightening the defence could prove the difference between the playoffs and making it through to the Super Bowl. But it could also blow up in their faces, unfamiliarity causing uncertainty in a vital section of the field.

No one knows how the recruits will work together and handle the pressure of Cleveland’s season until the games start to come thick and fast. But the coaching staff can improve their chances with a strong pre-season. They must drill the players hard in training this summer to ensure they are fit and raring to go. But they also must focus on helping the new players gel to hit the ground running in week one of the term and work together as a solid defensive unit.

The coaches’ task is made more difficult by the COVD-19 regulations that make much of pre-season virtual and/or voluntary. In a normal pre-season, the squad would jet off on holiday to get to know each other and enjoy training. That’s not a luxury afforded to most sides this summer. Stefanski can’t demand his players report for the organised team activities, but he will hope to see most of them there for, at least, a few.

Some NFL teams have recorded high numbers for the organised training events that have already taken place, but most sides have had around 20 players come in and not for every event. Patterns show there have been more young, ambitious players than veterans. That makes sense as the younger stars are eager to make the most of the situation and showcase their talents in the absence of the veteran players. Browns hope to get at least the average 20 players through the doors this summer. 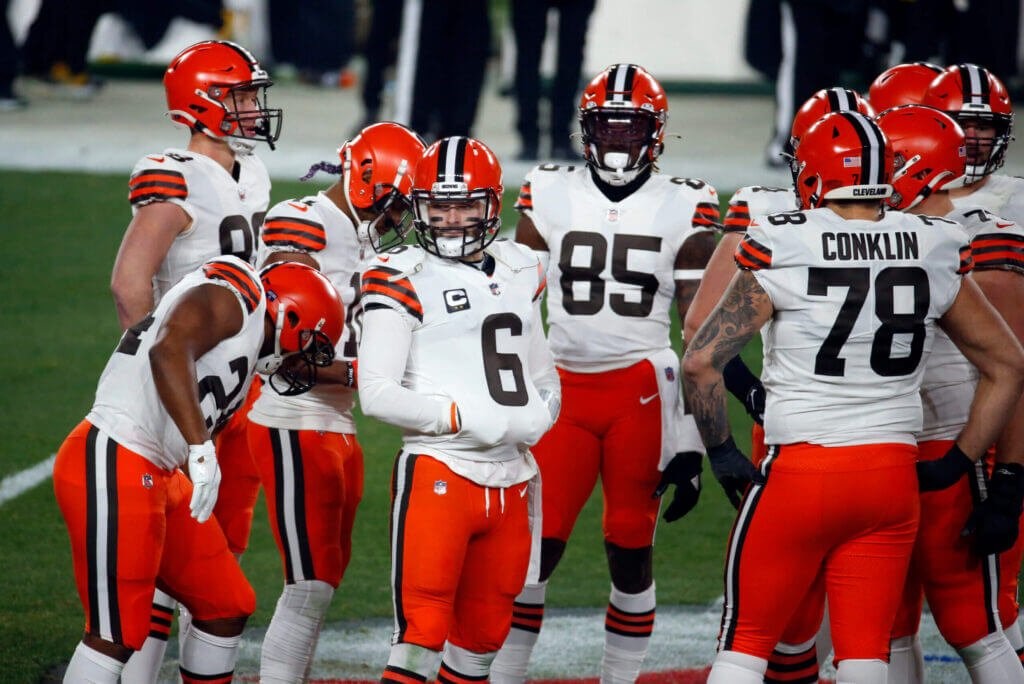 “Cleveland Browns” by The Athletic is licensed under CC BY 3.0

The bulk of week one action goes on Sunday 12 September, and that’s when Browns get off the mark against Kansas City Chiefs at Arrowhead Stadium. Not an easy first assignment by any team’s standards, but Cleveland must show they are ready to battle for the prize places this season. Defeat doesn’t end their season, of course, but fans will be looking at the level of performance rather than the final scoreboard. They’ll be keen to see the defence stand strong and prove they can work together.

Other games of note for Cleveland in the opening month of play sees them host Houston Texans then the Chicago Bears, and that’s two matches they’ll plan to take victory from.

Cicardo points out the preliminary list of the Mexican national team, but will not go to the Gold Cup with Martino